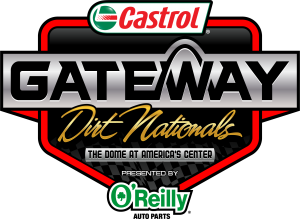 The Over/Under Bar & Grill: This Restaurant/Bar is located in the heart of the vibrant Loft District on Washington Avenue in St. Louis.

Sugarfire Smoke House: The best traditions of the best barbecue cities in the U.S.A. to create a St. Louis style barbecue that’s all its own.

Saint Louis Zoo: The famous Saint Louis Zoo has so many animal exhibits and attractions that visiting feels like a full day at a theme park.

St. Louis Wheel at Union Station: Visitors get a bird’s-eye view of the train shed and the iconic St. Louis skyline when they board the neighboring 200-foot St. Louis Wheel.

Christmas Lights: With our event being so close to the holiday season, there is nothing better than checking out the multiple Christmas Light Displays St. Louis offers.

Top Golf: Top Golf is a premier entertainment destination in Chesterfield, MO. Enjoy our climate-controlled hitting bays for year-round comfort with HDTVs in every bay and throughout our sports bar and restaurant.

Horseshoe St. Louis: Formerly known as the Lumiere Place Casino, the Horseshoe is located in downtown St. Louis, Missouri, in the shadow of the Gateway Arch, and is considered one of the premier gaming properties in the city.

DraftKings at Casino Queens: The 6,000 square foot state-of-the-art expansion at the Casino Queen features a 60-foot video wall, dozens of high-definition televisions, a VIP area and more than 30 betting kiosks.

Pin Oak RV Resort: Pin Oak Creek RV Park is a campground near St. Louis, Missouri, that was named one of the state’s 10 best camping spots by Best of Missouri.