ST. LOUIS, MO. — The 6th running of the Castrol Gateway Dirt Nationals presented by O’Reilly Auto Parts is just 37 days away and the anticipation is as high as ever. Event Management recently was forced to close Super Late Model registrations for the first time in the history of the event, as a record 144 super late model race teams submitted their name in the hat for the one-of-a-kind event under the roof of the Dome in St. Louis, Mo this December. In both the Super Late Model and Modified divisions, drivers from 29 states and Canada represent the record breaking entries.

Preliminary main events for both the Super Late Models and Open Wheel Modifieds will now lock in the Top 3 finishers from each main event on Thursday and Friday.  Thus, creating a re-draw for the top 6 starting positions in both Saturday main events.  (Previously locking in the top 8).

On Saturday, race teams have traditionally lined up for one opportunity to make it into the main event.  If you failed to transfer, your night was done, your hopes of making it in the main event were also done… It was quick, simple and heartbreaking for many racers that found themselves just 1 or 2 spots out of what could have been a starting spot in the Gateway Dirt Nationals main event… And for some racers, one of the biggest races of their career.  In 2022, that won’t be the case for 12 lucky racers as the event now features a legitimate “LAST CHANCE” opportunity to make it into the main event.  On Saturday, at the conclusion of the traditional qualifier races, 12 racers will go to the track ONE LAST TIME for a WIN & YOU ARE IN opportunity. 12 racers, 10 laps, win and you are in the main event.

Additionally, between the Super Late Model and Open Wheel Modified divisions the last chance races now have over $12,000 in additional purse money.  Thus, creating higher payouts for more race teams this December.  The winner of the last chance “WIN & YOUR IN” races will move on and find themselves taking the 19th starting position in the main events on Saturday Night, under the Dome lights.  However, the other 11 racers will also see increased payouts, rather than the traditional tow money at the end of the night.

“For several years I’ve seen racers miss the show by one or two spots and I can’t help but to feel their pain… to go from start money in the main event to tow money is a massive hit in the gut not just because of the excitement but also financially for those teams.  I really wanted to try and find a way to get more money to more teams that don’t get lucky enough to make it in the main event Saturday night.  I also know what it is like to be just 1 or 2 spots out and wish I had one more chance… Well now these guys have that chance… A chance to put it on the line one-more-time”  Said Cody Sommer, promoter of the Castrol Gateway Dirt Nationals event.

The payout for the last chance “WIN & YOUR IN” races which take place just before opening ceremonies is below: 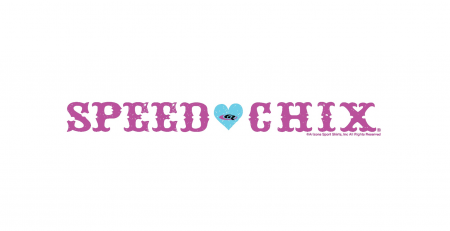 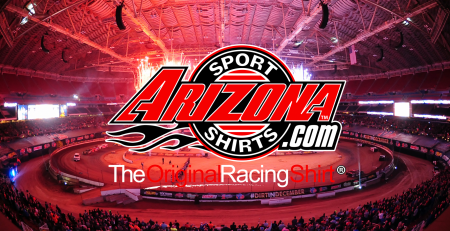 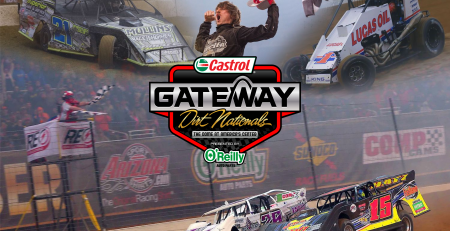